I was absolutely thrilled to attend the 2013 Manitoba Book Awards gala and for Thunder Road to be the recipient of the Michael Van Rooy Award for Genre Fiction (the award is presented every two years). Michael Van Rooy was a good friend as well as a mentor, so this award means the world to me. To be able to share the ballot with my friends Karen Dudley and David Annandale who were also close with Michael made the nomination even more special. 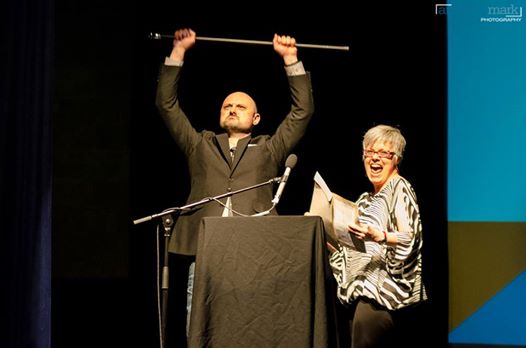 Yes, I had to pretend to be one of the Sand People so that I didn’t break down in tears (and even then, it was a very near thing by the end of my acceptance speech).

Congratulations to all the award winners, and to all of the nominees for a great slate of books. Thank you, THIN AIR the Winnipeg International Writers Festival, Prairie Fire magazine, and The Writers’ Collective for sponsoring the Genre Fiction Award. And thank you to the Manitoba Writers’ Guild and the Association of Manitoba Book Publishers for putting on a great event.

This year’s award winners in thirteen categories are:

McNally Robinson Book of the Year

The full list of nominees can be viewed here: http://www.mbwriter.mb.ca/