I got into Wolfmother in a round about way because of Guitar Hero. I don’t play a lot of video games, but after a long day of Dungeons and Dragons, the gaming group guilted me into giving Guitar Hero a try, with the promise that we’d all look like idiots, not just me.

Wolfmother’s song “Woman” was the first one I remember really nailing, and it was fun to play (and it gave me a chance to grimace musically) even if I was pressing buttons instead of strumming chords.

Anyway, I love Wolfmother. They are fucking fun. They sing songs about wizards and witches, thieves, and jokers, dimensions, and look at the cover to their debut: 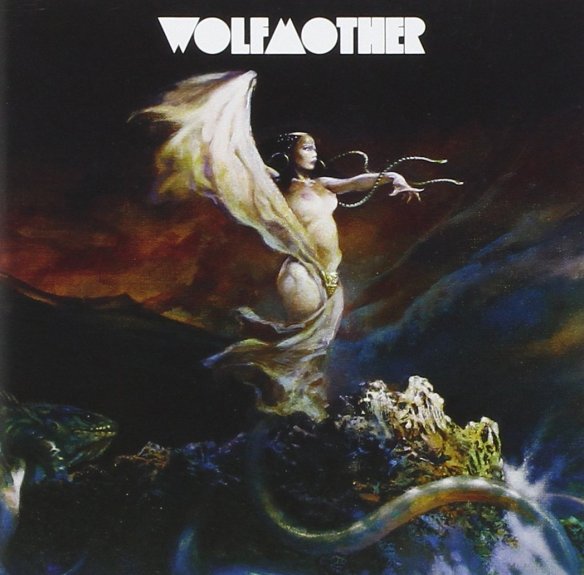 This is Frank Frazetta’s piece “The Sea Witch”. I love how she is totally in control, and dominating the frame. You just know she is totally trashing an armada all on her lonesome. Frazetta’s art was also a staple of all those Conan the Barbarian books I checked out of the library as a kid, and giving their album an immediate fantasy feel was a great way for Wolfmother to convince me to pick it up.

Check out singer/guitarist Andrew Stockdale’s hair. Seriously, how much fun could be hiding in there? Lots. 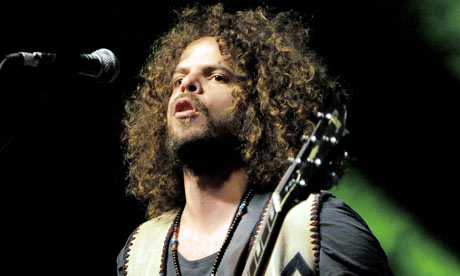 The last track on the international version of the album, “Vagabond”, was on my mind over the weekend because I was travelling. It was Ad Astra weekend in Toronto, which is fast becoming one of my favourite Canadian SF&F conventions. This was the second year I’ve gone, and I’m definitely going back (but more on that later).

I’ve got a good day job, and I love living in Winnipeg, and I miss Manitoba friends and family while I’m gone, but when I’m on the road, and pursuing the writing dream, and doing the writing work, I feel incredibly free.

On that note, the notable lyrics:

You don’t need to know what I do all day,
It’s as much as I know watch it waste away,
Cause I’ll tell you everything about living free,