So another Central Canada Comic Con has come to Winnipeg, and that means I want to have something new on my table.

But what is it? 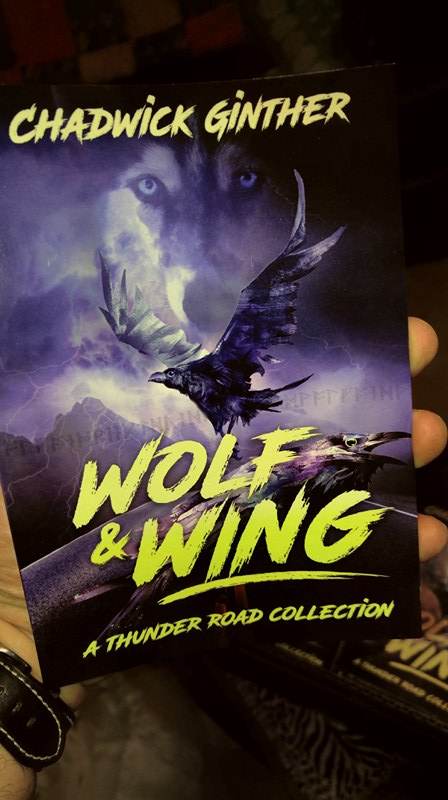 Fine, not really a surprise, but I’m excited.

Return to the world of the Thunder Road trilogy in this first collection of tales from award-winning author, Chadwick Ginther.

Two ravens are drawn into solving an unusual murder. A descendant of Loki faces threats from his estranged family. Dodging werewolf hunters brings a wolfish giant an even more implacable foe, and an unexpected ally. In Wolf and Wing, myth and monsters collide with modern-day Winnipeg once more, so gear up and get ready to hit the wilder side of Thunder Road before the road hits back.

I had a blast getting this collection ready for print. It also gave me a chance to work with two of my favourite freelancers! Samantha Beiko did the edits on the stories and the book’s interior layout and design while Clare C. Marshall did my cover layout design. I can’t recommend these two highly enough. If you want to make a book, talk to Sam or Clare.

Come and find me in Writer’s Row at Booth A241.