Lots of cool stuff happened in the last couple days.

After I was finished with fence construction on Sunday, I decided to be a giant dork and run over to my local bookstore to see Too Far Gone for the first time. 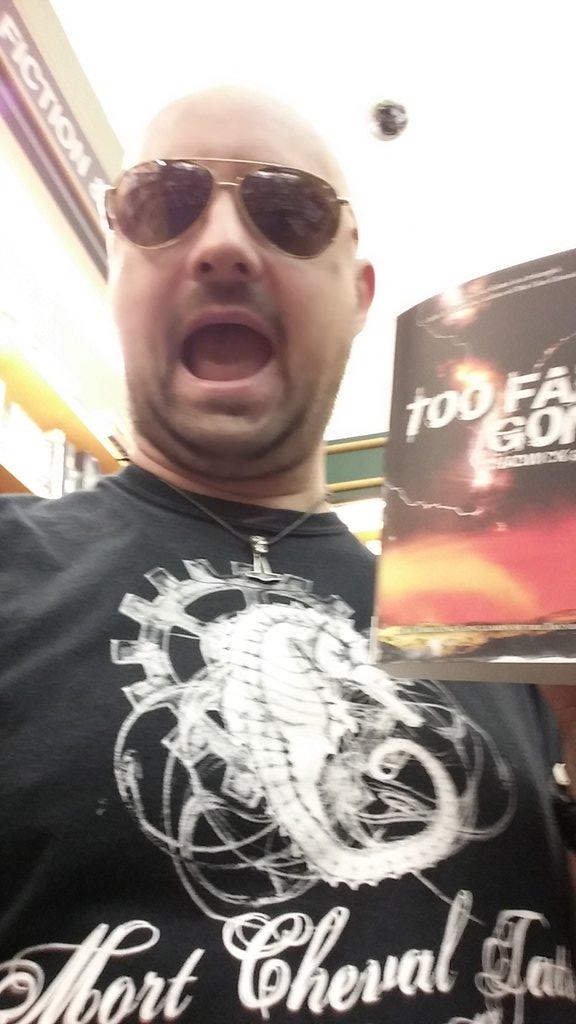 The book looks great. It’s as beefy as I hoped and I think the trilogy looks amazing all together on the shelf.

Yesterday I was a guest blogger at GMB Chomichuk’s Comic Alchemy blog, talking about why comics are the reason I became a reader.

And you can’t be a writer without being a reader.

Speaking of comics: My contributor copy of Canadian Corps #1 showed up yesterday!

The comic turned out great. The team at September 17 did a wonderful job putting it together, and I can’t wait to read more. (They’ve hit me right in the Alpha Flight zone, so good job, S17). I know my name is only in the back of the book because I contributed to the Kickstarter campaign, but my name is still in a comic, which is exciting. Next step: to get billing on a comic book cover!

Final bit of news, my story “A Taste of the Other Side” from Beast Within 4: Gears & Growls made Ellen Datlow’s full recommendation list for Year’s Best Horror! There’s lots of great stories on there, and I’m stoked to be sharing a list with so many great writers, and so many friends. The second half of the list is here. Thanks to Gears & Growls editor Jennifer Brozek for buying the story and to Ellen Datlow for reading, this is the second time I’ve made Ellen’s long list (first time was for “First They Came for the Pigs”, my story from Fungi) and it feels great.