It’s an absolute pleasure to host Rhiannon Held on the blog in celebration of the release of her third novel, Reflected. Today, Rhiannon will tell us why she writes urban fantasy:

I’ve always been drawn to urban fantasy, even back when I was just reading it rather than writing it. When I started my first real novel, I didn’t have to think twice about what genre it would be. There are several reasons for that, but even more interesting to me has been the gradual change in the opinions of the people around me.

Back in grad school when I was still plunking away at short stories, learning my craft, I visited home and my parents gave me an article they’d clipped for me from the local newspaper. It was about the surprising popularity of Twilight, which, while it was news to my parents and the national media, I was already perfectly aware of. I was kind of like yes, and? My mother told me that she and my father had thought maybe my short stories weren’t getting published because they were all weird and about vampires and stuff, but apparently that’s a good thing!

So I remember a time when someone asking why you picked urban fantasy was actually them asking why you’d picked that weird, pocket genre instead of writing a proper fantasy or horror novel. Why would a vampire be a character? Monsters should be scary and rawr, not sexy and emotionally nuanced.

But of course, making scary beasties into characters is part of what I love most about urban fantasy: it allows extraordinarily robust metaphors. And I’m all about metaphor! See, if someone has an opinion about a topic (let’s say drug addiction) and you present them with a character that’s an addict, bing! That previous opinion springs into action. You haven’t really done much to make the person reevaluate it. But if your character is a vampire, you can talk about addiction without it being about addiction, and the previous opinion says quiescent. Maybe you won’t change the person’s mind, but at least you’ve given them a new perspective while their previous opinion slept.

Beasties are great for that, because they can be about a whole range of emotional and physical states, without being about those emotional and physical states. For example, one of the main metaphors of my Silver series is using my werewolves to represent the struggle of immigrants and members of minority cultures to balance the traditions they keep at home with the ones they have to follow every day at work and school. Since my werewolves are born rather than turned, they can be born into a culture they have to keep secret from the humans around them.

There are also a few other reasons I write urban fantasy. It’s a genre that lets you hit the ground running. As a reader, rather than a writer, I love that, so I write what I love. In traditional fantasy, a talented writer can smoothly work in all the many details of the world, but there’s still a whole, entirely new world to take in and understand before you can get to the plot. Some readers like the feeling of being immersed in another place, and want lots of world details. Me, I want to be thrust into the character’s emotional arc and zoom ahead. Having a world that is somewhat similar to ours saves time explaining, and allows zooming.

I also find that urban fantasy can be fundamentally optimistic. It presents a world like ours, with very familiar problems—poverty, corruption, inequality—and then offers the characters a way to address those problems head-on. If the drug kingpin taking over a neighborhood is a vampire, you can stake him! I’ve heard some people present urban fantasy as the exact opposite, pessimistic, because there’s all the grit of the real world plus additional monsters on top. And some can certainly be written that way, but every time one of the additional monsters is excitingly vanquished, it’s giving characters in a world very like ours something concrete to celebrate, to hold them through the tough, incremental battle ahead against a non-fictional problem like poverty.

Of course, now urban fantasy has entered popular consciousness, questions about why I’d want to write in it sometimes trend more toward why I’d write in a genre that’s been tapped out, overrun by sparkling vampires. But no genre is ever completely tapped out, which is why I’ve made my werewolves different, and focused on things like their religion and culture, that most authors haven’t explored before.

But I know I don’t have to convince you guys or Chadwick, who kindly granted me space on this blog, about the fact that there’s plenty to love in urban fantasy. Since we all know it’s a ton of fun, we can turn instead to comparing our specific reasons. Now you know mine! 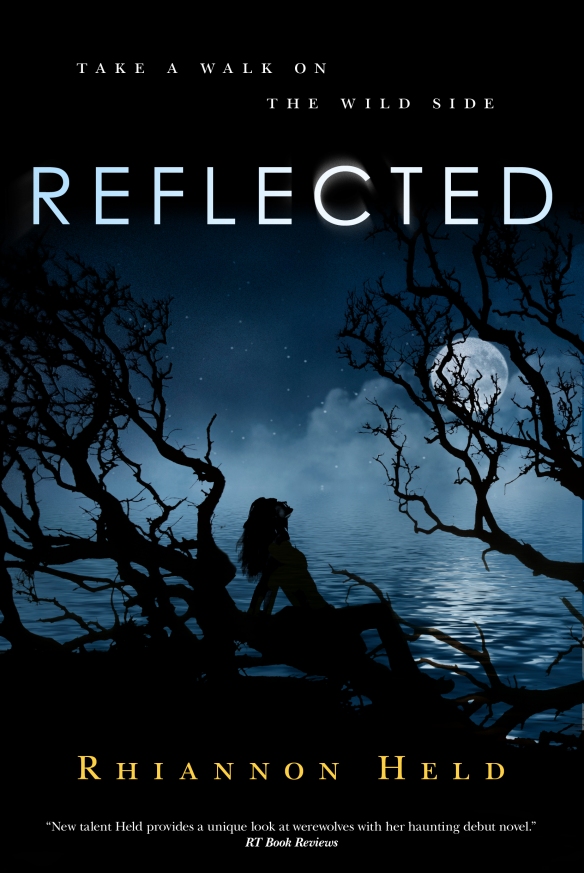 Here’s an excerpt from her new book!

An Interview with Rhiannon Held

Rhiannon Held is the author of SILVER, and TARNISHED, the first two novels in an urban fantasy series published by Tor Books. In her day job she works as a professional archaeologist. Unfortunately, given that it’s real rather than fictional archaeology, fedoras, bullwhips, aliens, and dinosaurs are in short supply. Most of her work is done on the computer, using databases to organize data, and graphics programs to illustrate it.