An old friend just sent me this:

I knew Jeff had been working on it, and knowing his skills, I couldn’t wait to see the final image. So cool! I especially love the way Jeff decided to represent Mjölnir and how he linked the hammer to Ted’s storm cloud tattoo.

… and it is awesome! 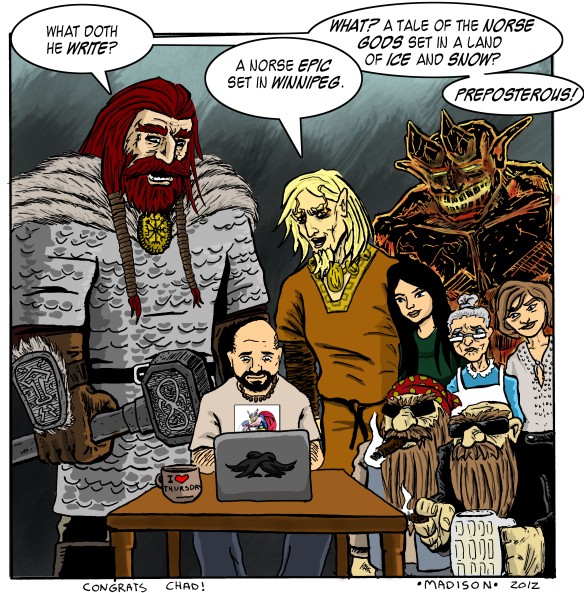 Many thanks to Kevin Madison for taking the time to make this (and for chauffeuring me around Calgary while I was on tour)!

Ruler of the fire giants of Muspelheim. He’s as much a force of nature as he is an antagonist.  He’s a walking cataclysm with a sword.

He was also a perfect choice for my big bad.

The villains of Ragnarök die (of course so do the heroes, the Norse brought us the concept of mutually assured destruction long before the Cold War did): Heimdall and Loki meet their doom together. So do Thor and Jormungandur. But the  god Freyr, who is destined to face Surtur, does so wielding only a set of antlers (note to self, never trade away your magic sword)–either he was too proud to ask for a better weapon, or his fellow gods were such giant dicks that they didn’t offer. Regardless, I don’t like his odds. And since it is unlikely that Surtur would be harmed when he set fire to the world, he was still around after the Fate of the Gods, waiting.

Surtur was the doom of the gods. But “doom” means more than just death and destruction. It is also an inevitable fate. While we’ve been programmed to believe the word has sinister connotations (personally, I blame Doctor Doom for this), it doesn’t have to. In myth–and in real life–fire is as often a force of creation as it is destruction. So then, what sort of new world will the appearance of Surtur create, and who will be caught in the storm? 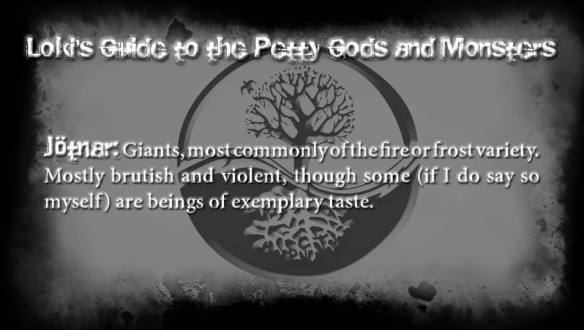