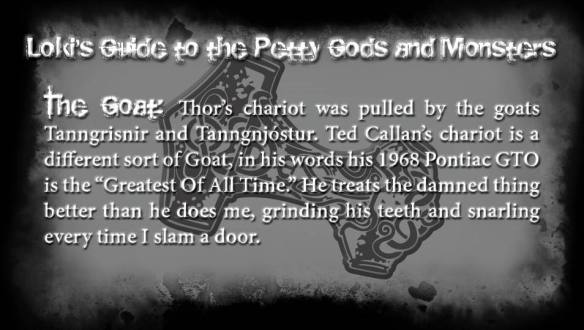 A 1968 GTO was the first car I remember thinking was cool.

But that’s not the only reason why Ted drives one. Ted is a stand-in for Thor in Thunder Road, he received not only the power inherent in Thor’s hammer Mjölnir, but the Thunder God’s ability to control the weather. I didn’t have to look far for other touchstones that I wanted to make between Ted and Thor. Thor had a chariot pulled by the goats Tanngrisnir and Tanngnjóstur. And, the GTO is often referred to (and not just by Ted) as “The Greatest of All Time.”

So how could I pass up calling Ted’s chariot The Goat? 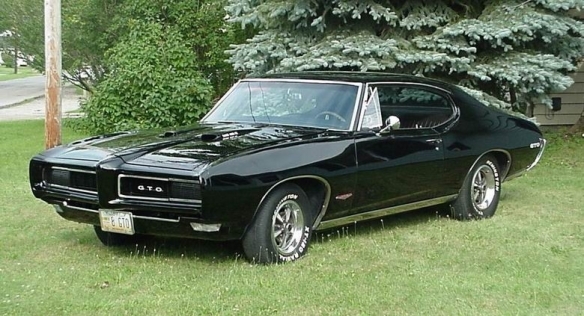 Ted’s car was a dark brown, not black, but I think you can still get an idea of the car from this photo, and why, if I ever get my hands on one, I’ll never, ever let a trickster ride shotgun.